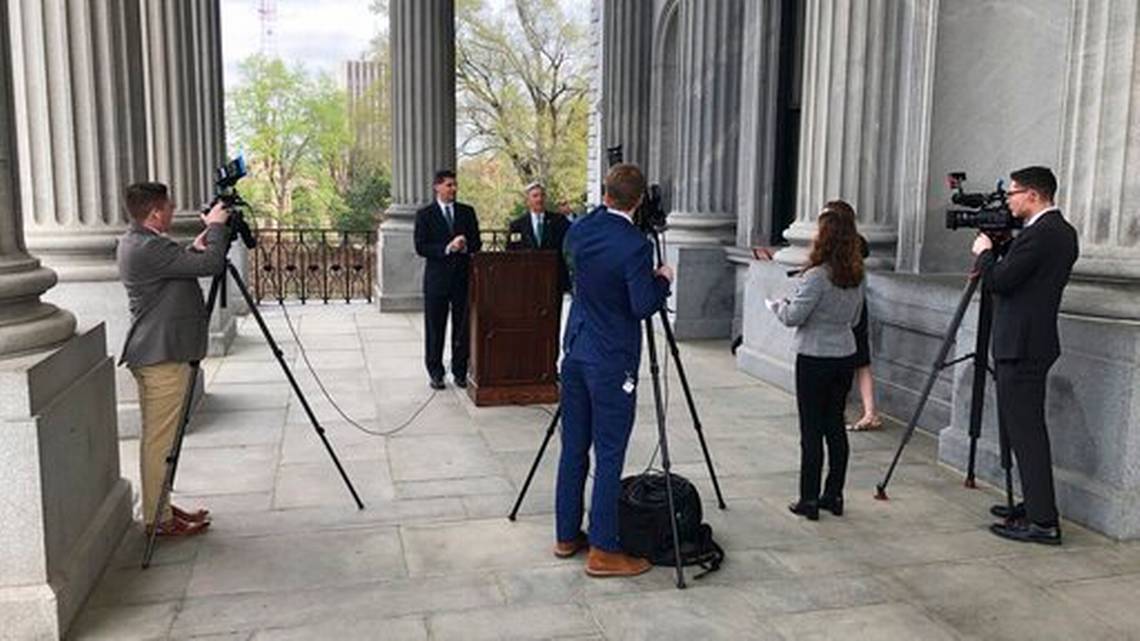 Earlier this month, the South Carolina House passed a budget starting July 1 that spent nearly $2 billion in additional money on raises for teachers, security upgrades at prisons and tax breaks.

Less than a week later, that $10 billion budget is likely worthless.

It’s impossible to figure out at this moment what the fallout from the coronavirus will do to the state’s economy and the money South Carolina takes in from taxes and fees.

Data like payroll taxes deducted and sales tax paid lag weeks or months behind real time, said state Revenue and Fiscal Affairs Office Executive Director Frank Rainwater, whose agency is responsible for predicting how much money lawmakers will have to spend.

Plus, economists are used to modeling based on financial crisis or natural disaster, not by a pandemic.

The Senate now has the next state budget and all that uncertainty. This year’s budget ends on June 30.

“The world is different than it was three weeks ago. The revenue estimate the House passed that budget on, it’s gone. You might as well just rip the whole thing up,” said Republican state Sen. Larry Grooms of Berkeley County.

The House is aware of how much has changed since that key vote to pass the budget March 10, Speaker Jay Lucas said.

“In the past week, it has become clear that the funding needs for this state have changed dramatically. It is also almost certain that available funds have declined as well. As with any other year, the House will make adjustments as needed for the current situation when the appropriations bill is returned from the Senate,” the Hartsville Republican said in a statement.

The House budget included $213 million to give every public school teacher in South Carolina a $3,000 raise, $100 million for repairs to rural highways, $100 million to improve safety at state prisons and $248 million in income tax relief and credits.

There’s $42 million for merit pay raises for state employees, $39 million to pay increases in their health insurance premiums and assure one free annual wellness visit to a doctor.

Lawmakers in both chambers said it is too early to guess what will disappear from the new budget.

The economic impact from the coronavirus will also hit the final four months of this year’s budget as restaurants and bars close and tourism — one of the state’s chief economic drivers — grinds to a halt.

At last check, the state was about $350 million ahead of projections for taxes and fees this budget, so economists think that should provide enough cushion to prevent immediate spending cuts.

But on the other side of the ledger, the House is coming back briefly to approve $45 million in emergency spending for state health needs for coronavirus and there is no guarantee they might not have to spend a lot more.

One thing seems certain with all the uncertainty. The General Assembly is supposed to ends its session May 14, but lawmakers will likely give themselves extra time to see where the economy ends up before putting the spending plan into law.

The last time South Carolina faced anything like this was the Great Recession of 2008, where the amount of money in the state budget controlled by lawmakers fell 25% from $7.4 billion to $5.5 billion in two years.

There were massive cuts, some done quickly in the middle of the budget year. Problems still hanging around South Carolina in 2020 like security issues at state prisons, the poor condition of South Carolina’s roads and the ballooning of class sizes can be traced back to those cuts, state agency leaders have said.

But most economists and lawmakers agree South Carolina was in much worse shape before the financial collapse in 2008 drove things over the edge.

Senate Majority Leader Shane Massey said he expects pain over the next several months, but the state will bounce back quicker than 2008.

“South Carolina has been going gangbusters economically the last several years.,” the Edgefield Republican said. “We have diversified significantly in our economic base.”