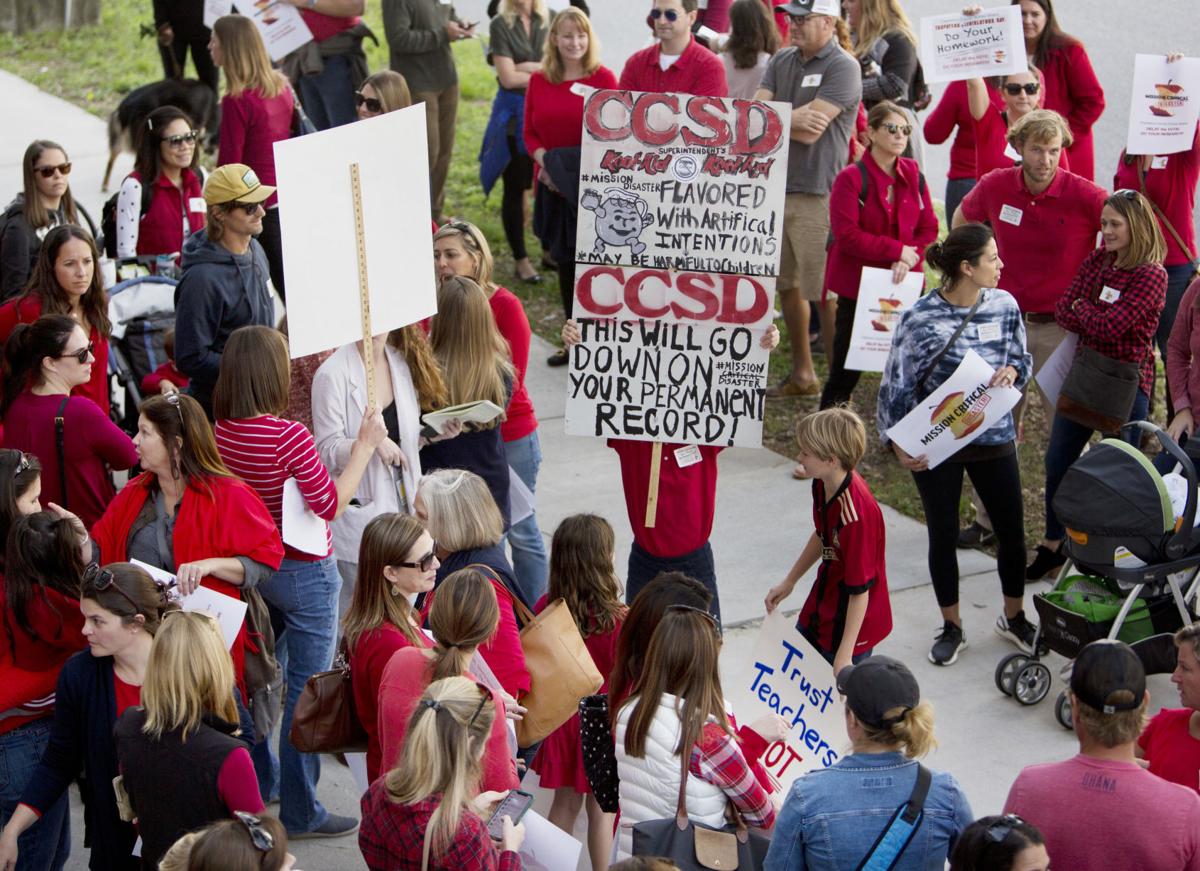 Some concerned Charleston County parents are lobbying local lawmakers to vote in favor of proposed legislation that would effectively scrap the entire school board.

The bill would require all nine members to run for reelection in November, including four who are scheduled to serve until 2022.

The proposed legislation, which passed unanimously in the House last month, would also require board members to run in single-member districts instead of at large.

This means board members would be elected only by the people who live in their district, using the geographic lines that voters use to elect County Council members.

Parents and board members in favor of this change have organized a community meeting, scheduled for Monday night, called “United for Single-Member Districts in Charleston County.”

Voters need to understand how their representation would be impacted by a single-member district model, said Ragan DuBose-Morris, a West Ashley parent who helped organize the event.

The event will also be an opportunity for the school board and members of the legislative delegation to hear feedback on the proposal from residents across the county.

All members of Charleston’s legislative delegation were invited, DuBose-Morris said.

“I think it’s about community awareness,” said Sarah Johnson, co-leader of a Charleston education advocacy group. “I think there are a lot of people out there that don’t even know about the bill.”

Sen. Larry Grooms, R-Bonneau, said he thinks the legislation needs more questions answered before it should move forward. He’s drafted an amendment to the bill that would require voter approval in the 2020 general election before abolishing the current at-large system.

Advocates say the legislation will result in greater accountability from school board members.

“I think this bill was filed because of the disruption and chaos within our school district, but it is a way to move forward with what’s best for the future,” Johnson said.

County Council used an at-large system for more than three decades, until a U.S. District judge ruled that method discriminated against black voters and ordered a change to single-member districts in 2004.

But some worry that the new system would derail the school board’s efforts over the past few months to make broad, sweeping changes aimed at increasing diversity and boosting equity in county schools.

Elvin Speights, a North Charleston community activist, said he isn’t necessarily opposed to the idea of single-member voting districts but feels that the legislation was punitive in its intent.

“Whenever anyone touches Academic Magnet, School of the Arts, Buist Academy and Ashley River Creative, you are facing the consequences. They protect the legacy,” Speights said, referring to four elite, majority-white magnet schools in Charleston County. “The only thing that’s guaranteed is that our schools will stay the same and our schools will stay failing.”

Speights said he will attend Monday’s meeting, where he plans to voice his concerns.

Under the proposed legislation, introduced by Rep. Leon Stavrinakis, D-Charleston, all school board members would be elected in November using the existing County Council lines. After the 2020 general election, the legislative delegation would be responsible for redrawing the nine single-member election districts.

Because of the way County Council lines are drawn, some worry that North Charleston and downtown residents would be penalized as a result.

The community meeting will also focus on another piece of Charleston County legislation that would require public hearings before the district decides to close schools with fewer than 750 students.

The bill was introduced by Rep. Robert Brown, D-Hollywood, during last year’s legislative session. It passed unanimously in the House last month.

One of the district’s attempts to diversify schools and provide more equitable resources for students involved closing or merging schools with low enrollment. Board members argued that larger schools allow for more course offerings and more resources compared with those with dwindling enrollment.

But after the board voted in November to close Minnie Hughes Elementary, a rural school in Hollywood, dozens of concerned community members made the 50-minute drive to downtown Charleston to protest and voice their disapproval. The board later decided to keep Minnie Hughes open next school year.

The community meeting is scheduled for 6:30 p.m. Monday at the Church of Christ off Azalea Drive in North Charleston.