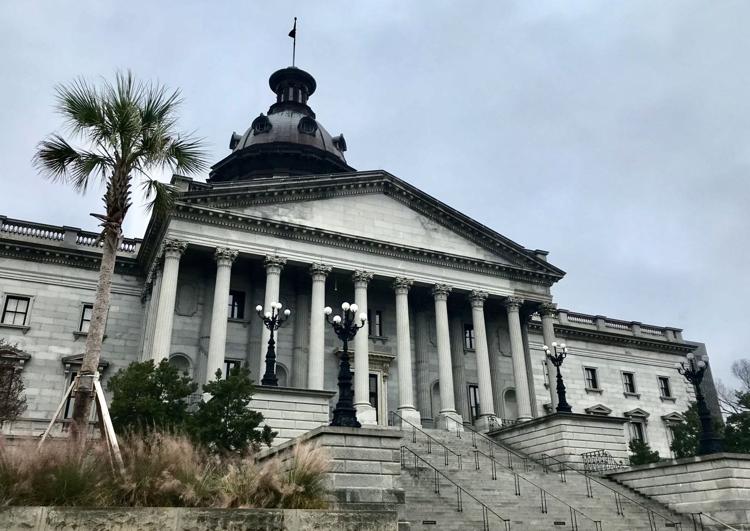 COLUMBIA — Legislation requiring South Carolina’s college students to take a course on the U.S. Constitution and other documents that formed America’s democracy — and pass a test at the end — is gaining traction at the Statehouse after years of going nowhere.

The idea is nothing new.

A 95-year-old state law already mandates a year-long course and test on the founding documents to graduate from a public college. The problem, as supporters see it, is that most colleges don’t follow the law or even the general concept. Only a few of the state’s 13 public four-year colleges do.

Requiring a course on the fundamentals of America’s government shouldn’t be controversial, said Sen. Larry Grooms, R-Bonneau, who started the effort six years ago.

“This is something liberals and conservatives should rally around,” he said. “If students are to be engaged in our democracy, they should have some understanding of the founding documents, where our rights come from, so they can exercise their rights.”

The proposal shrinks the 1924 law’s mandated year of instruction to a one-semester course. It erases a clause about the test serving as a loyalty oath to the United States for students who are American citizens. It specifies the requirement doesn’t apply to students in technical colleges.

And it adds Abraham Lincoln’s 1863 Emancipation Proclamation, which declared slaves free amid the Civil War, to the course’s list of required reading. Beyond the U.S. Constitution, current law orders instruction on the 1776 Declaration of Independence and the Federalist Papers, first published in 1788.

The bill passed 29-7 last month in the Senate, signaling it has a good chance of becoming law this session. The idea previously died in the Senate after passing the House unanimously.

The bill’s opponents have included the University of South Carolina, which estimates adding the course would cost an additional $3 million to hire more than 20 professors and 87 graduate assistants. If an online course would suffice, the cost would drop to $1.5 million, according to the university.

Rep. Bill Taylor, R-Aiken, called those “bogus” numbers, accusing the school of inflating the estimate in an effort to kill the proposal.

“When you have a university with a freshman class of 6,000, and integrating a new class, that is the fiscal impact,” USC lobbyist Derrick Meggie told Taylor’s education panel last week.

Meggie suggested taking out the stipulation that a passing score on the test is needed to graduate.

“That is the part that stands out,” he said.

Rep. Garry Smith, who teaches political science at private North Greenville University, shot back rhetorically, “Isn’t there usually an exam at the end of a course?”

The Simpsonville Republican, who has sponsored the legislation for years on the House side, contends colleges could incorporate the instruction without additional costs if they wanted.

He noted USC requires students to take at least two courses to meet the “global citizenship and multicultural understanding” component of its Carolina Core curriculum. A long list of courses to pick from includes one titled “U.S. history to 1865.”

“While international citizenship may be worthwhile, I think being able to think and function in the system of government we have currently in the United States is certainly a worthwhile course,” Smith said.

“So many of our adults today have no clue as to the difference between the U.S. Congress and the South Carolina General Assembly,” he said, adding he’s often incorrectly called a congressman. “When it’s done right, you have a person ready to enter society. One of our key tenets is to have well-informed citizens. If they don’t know the basics of the system they’re working in, we’ve got a problem.”

Rep. Wendy Brawley, D-Hopkins, countered legislators should not micromanage what colleges teach or count toward a diploma.

“We should not be mandating to them, ‘This is what you must teach,’ so that we can be comfortable that you understand how government works. I think they are in a better position to assess what the students need to compete globally,” she said, adding “The price tag of this scares me most because the cost will be borne by students and their parents.”

Colleges already abiding by the concept include Winthrop University, which has for years required students to take from among a list of courses that satisfy a “Constitution competency” requirement for graduation. Some minor adjustments would be needed if the bill becomes law, school Provost Debra Boyd said.

The measure advanced to the full House Education Committee after Taylor read a letter from Coastal Carolina University.

Its students have been required to take a course on American government and the founding documents for graduation since the school became a four-year university in 1974, university President David DeCenzo said.

“Our faculty — realizing that citizens need to know about their national government and also realizing that the more a citizen knows about his or her government, the more likely they will be able to participate and vote — has wholeheartedly supported the inclusion of this course in our core curriculum,” he wrote in the letter to Taylor dated Feb. 18. “It is not a financial burden on our budget. It does not unduly burden students academically or limit their choices of electives. … This is a positive measure and will positively affect generations to come in the Palmetto State.”